Below is a video showing how easily a skier can trigger a massive avalanche.  The video is from Teton Gravity Research–don’t do this at home kids.

The Avalanche that Changed Canada

Eric Dafoe labored mightily in Glacier National Park to keep the public safe. A Parks Canada Public Safety Warden and Avalanche Technician, he rescued those in trouble in the backcountry despite the risk to himself and stewarded the wild land and its creatures. 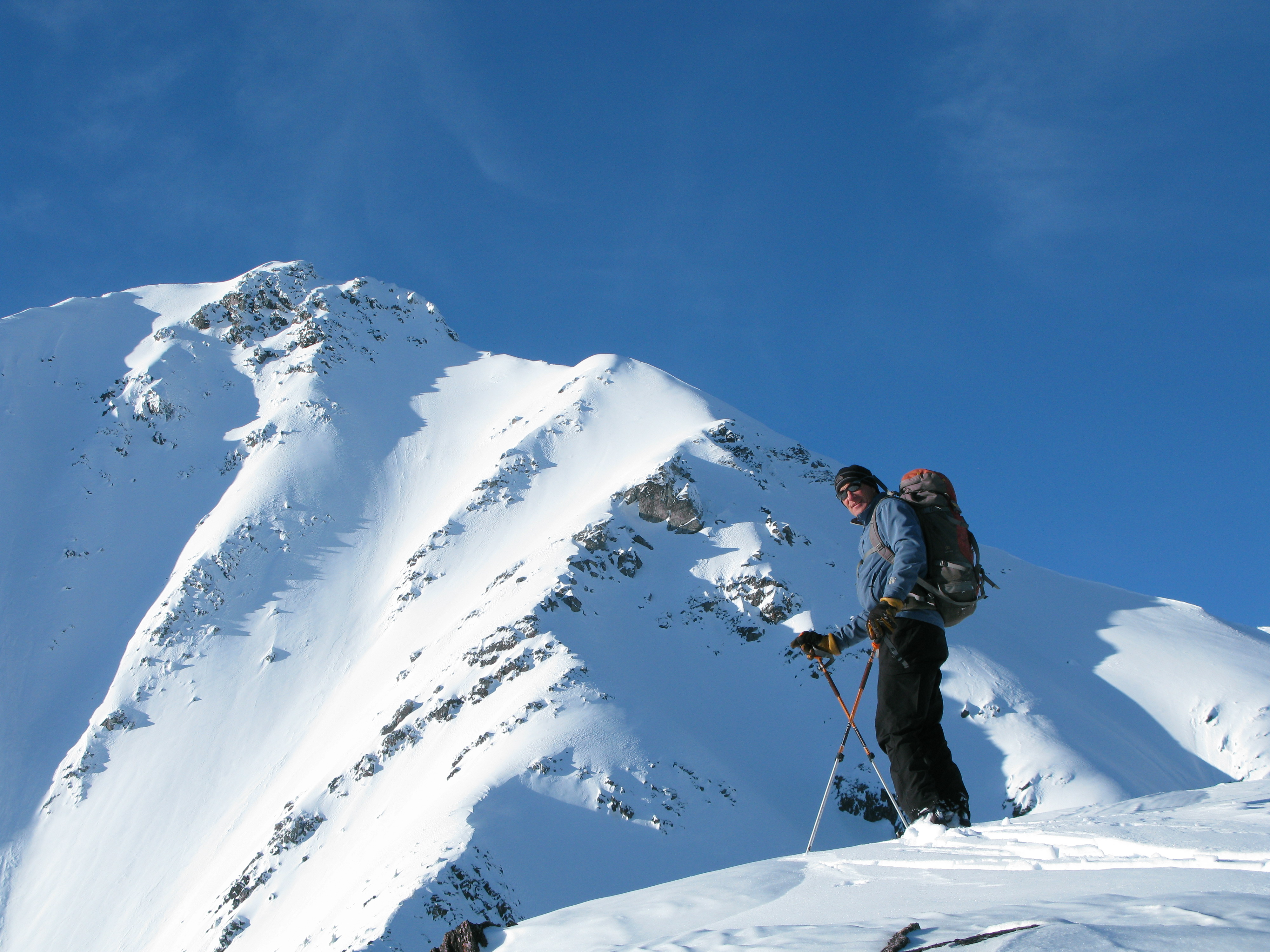 Scratch any person and tragedy will bubble up. Dafoe had had his own share. A world-class athlete, his legs traveled hundreds of miles a year on snow and rock in some of the mightiest terrain in the world. On February 1, 2003, as he was headed to the hardware store on his day off, his phone rang. His life would never be the same.

Strathcona Tweedsmuir School (STS) was a legend in its own time as a patrician school for the children of Calgary’s rich and powerful. In addition to excellence in academics and personal character, the School had a storied Outdoor Education program that created many alumni’s most cherished memories. That cold February day a tenth grade Outdoor Education class was experiencing the Program’s highlight, a backcountry ski trip through snow laden Connaught Creek valley in British Columbia five kilometers up to a headwall called Balu Pass. 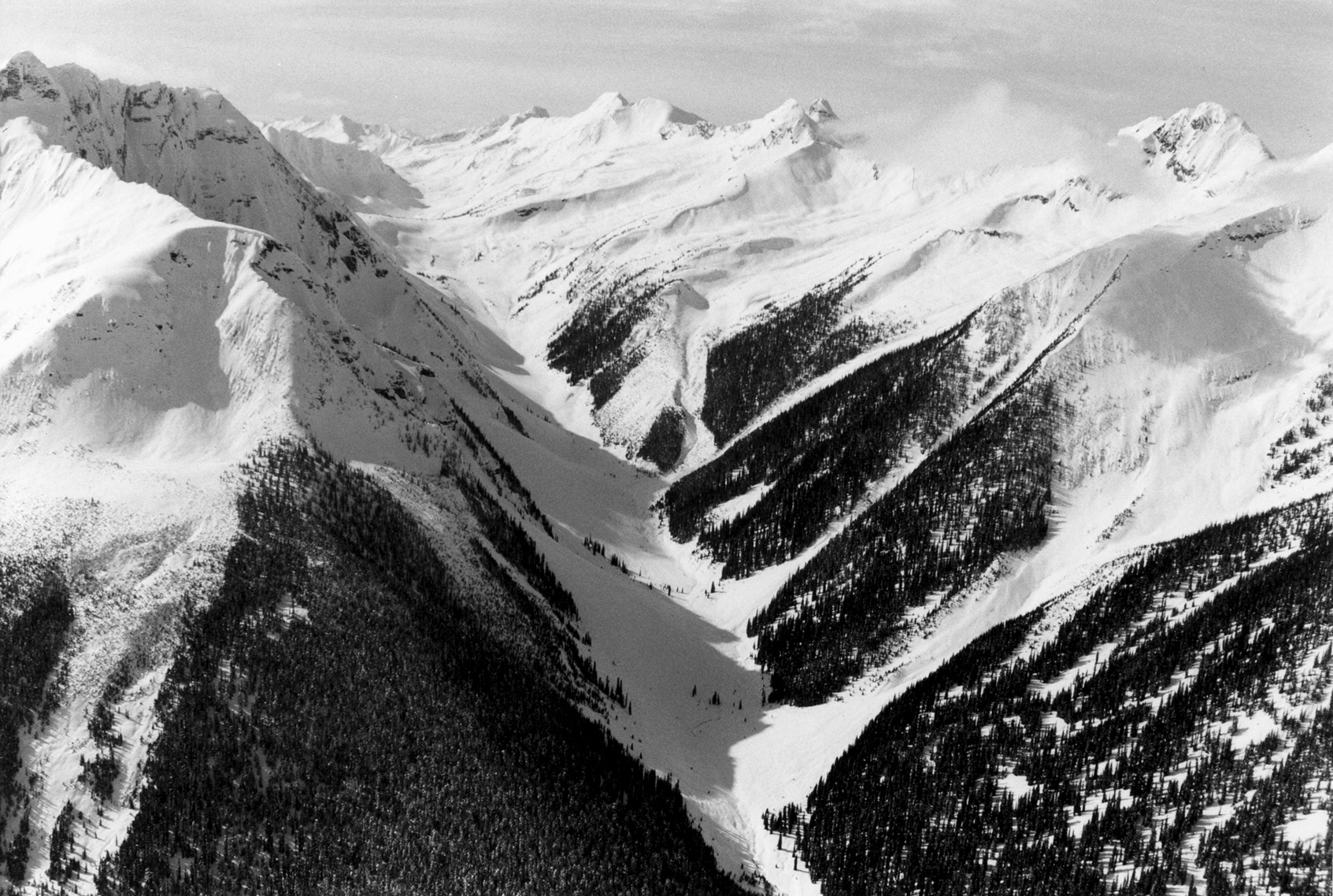 It was an unusual winter with a perilous snowpack. Twelve days earlier seven expert skiers climbing with renowned Mountain Guide Ruedi Beglinger had perished in an avalanche on nearby Tumbledown Mountain. Skiing with them was mountain guide Ken Wylie, who was deeply buried and dug out 35 minutes later by his clients in a miracle save.

The 14 STS students included Scott Broshko, a gifted boy who had just found his first girlfriend and loved hockey, band, and hijinks with his friends, and impish, big-hearted Dan Arato who rode a unicycle, juggled and was a world class cut-up. They were chaperoned by two Strathcona teachers and a friend, and had entered the trail after a night in a backcountry lodge where Scott’s group had burned their quesadillas. 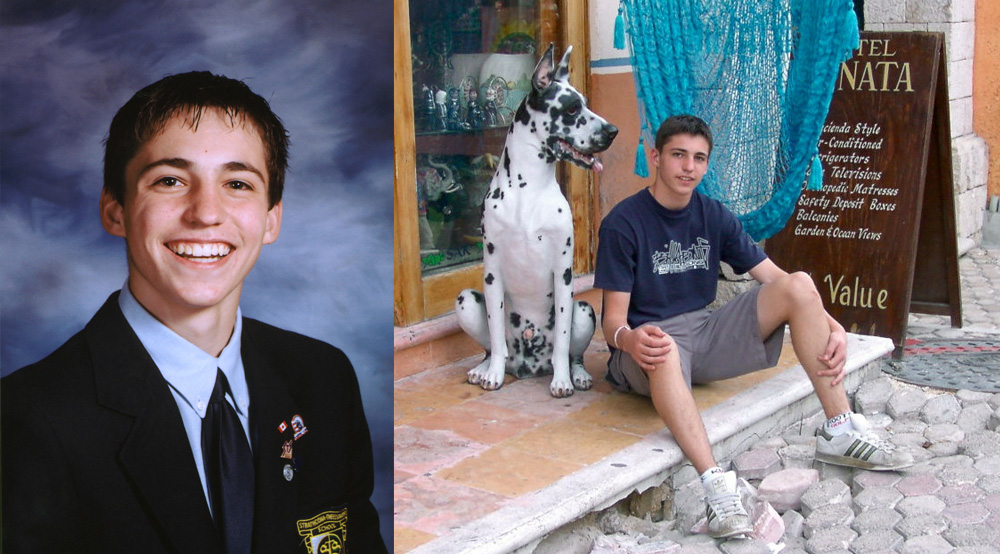 Three and a half kilometers in, the students were skiing in buddy pairs. One felt ill and had gone to the back of the group. Without warning a once-in-a-century avalanche roared down from mighty Mt Cheops on one side of the valley, crossed the valley floor, raged up the other side burying the entire group, then took an almost unheard of sharp right hand turn and roared down-valley. The avalanche threw people uphill and into trees, dragged four students one and a half kilometers, and submerged seven students two to three meters deep in snow which set like concrete.

Two mountain guides taking a tea break above the students watched the group be engulfed and were themselves blown by the snow and wind blast. They raced to the rescue. By the time the first helicopter arrived one hour later, the group and guides had saved ten souls. Scott and Dan were among the dead. Wylie, on his first day back on skis, joined the rescue. Over sixty mountain guides and professionals, eight helicopters, and three dog teams braved the risk of a second slide to rescue the survivors and attempt to save the victims. Dafoe led the rescue having been ferried to the Rescue Command Centre by helicopter. Rescuers described it as a war zone. 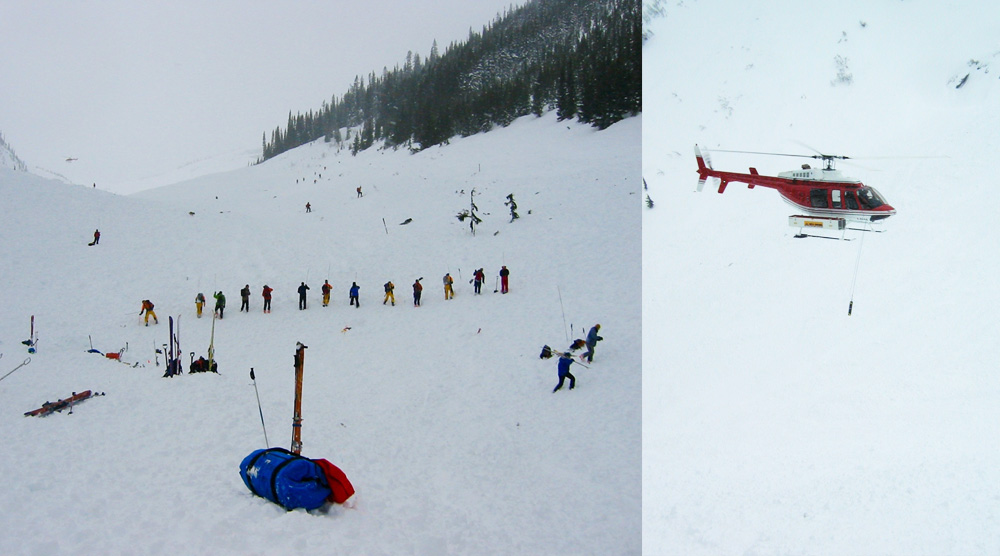 Rescue probe line at the 2003 avalanche

Seven children were lost. The nation’s psyche was scarred.

The families, the School, the rescuers, the nearby town of Revelstoke, Calgary and all of Canada writhed in paroxysms of grief and a national outpouring of sympathy. In their anguish, Scott’s and Dan’s parents joined with Dafoe, Parks Canada CEO Alan Latourelle, newly hired avalanche risk specialist Grant Statham and others to create sweeping new safety regulation and avalanche risk technology, so that such a tragedy would never happen again. 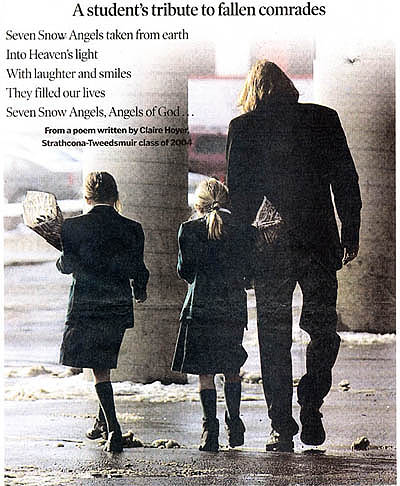 Technical aspects of the Avalanche

Below are 2003 images of the deadly avalanche showing technical aspects of the avalanche. 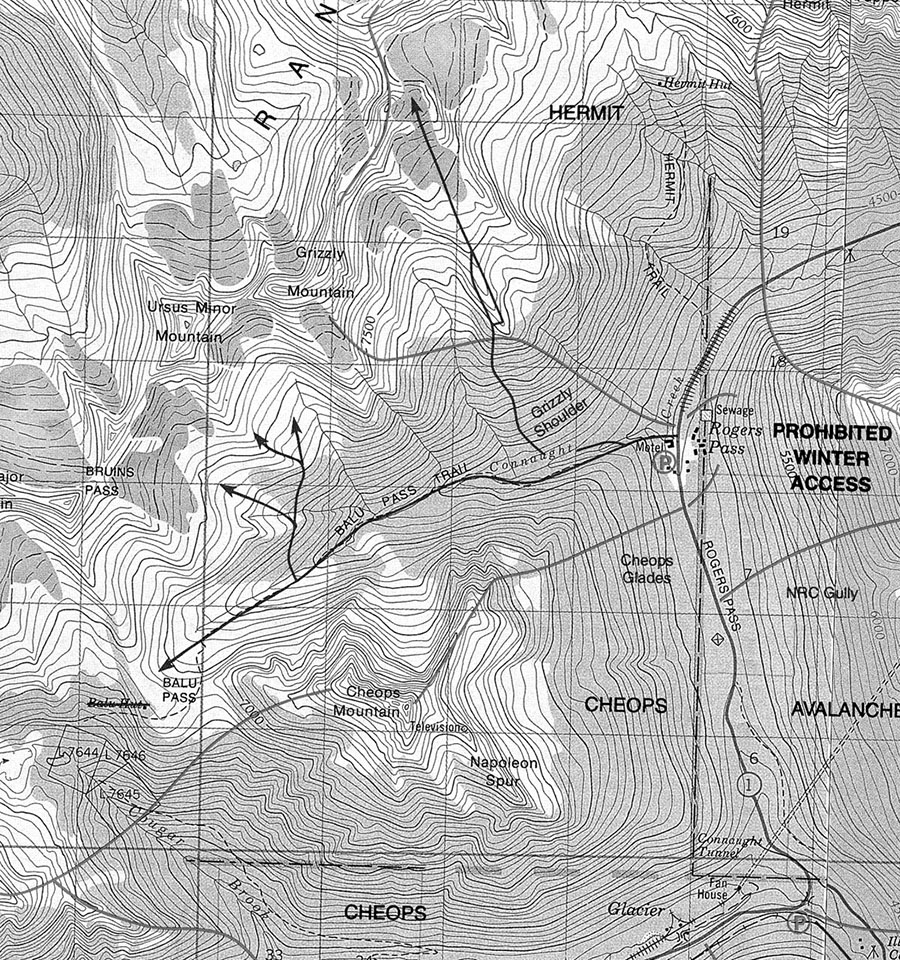 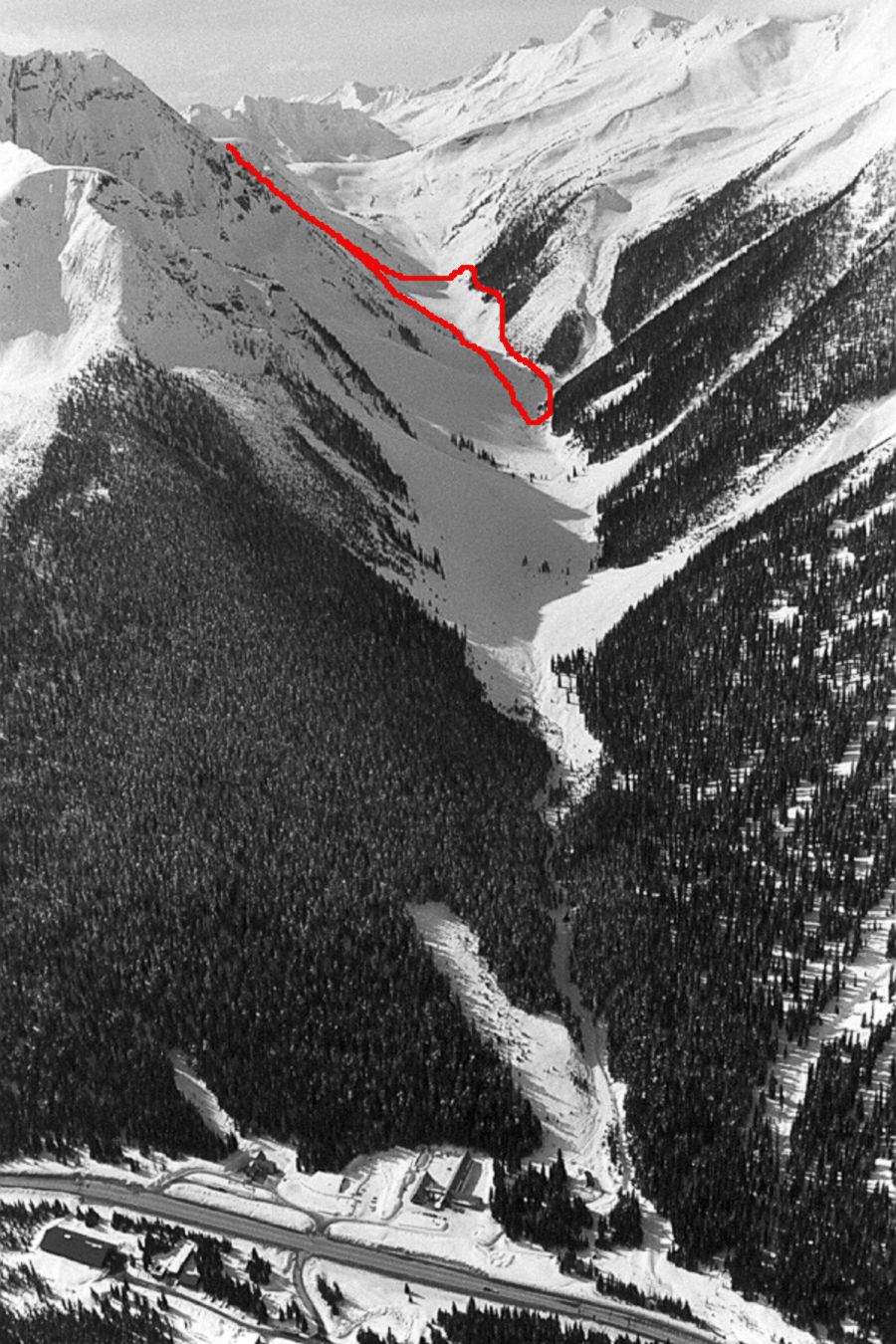 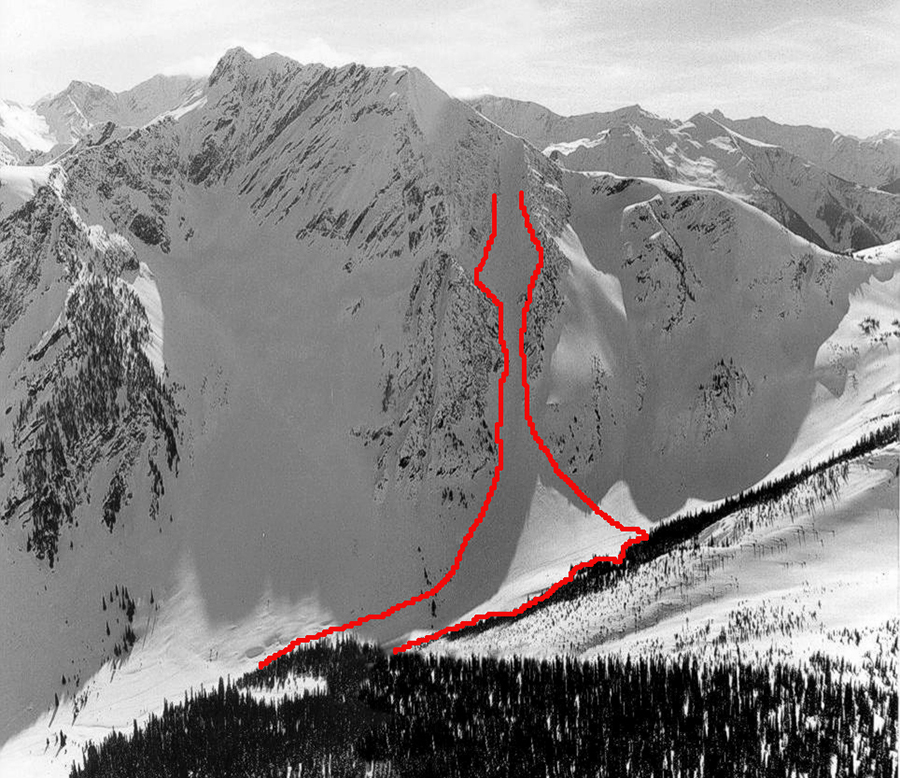 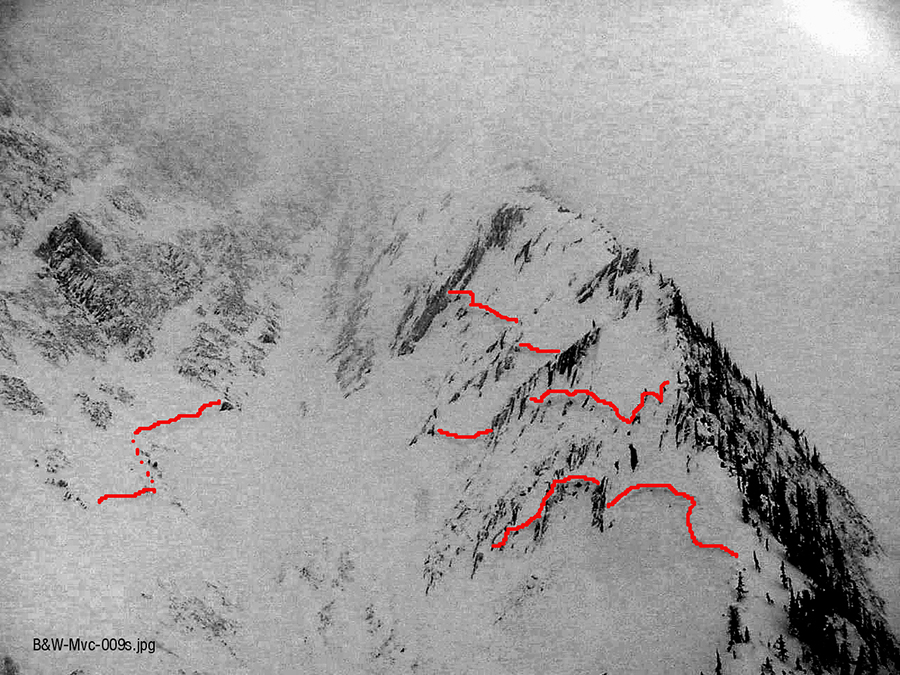 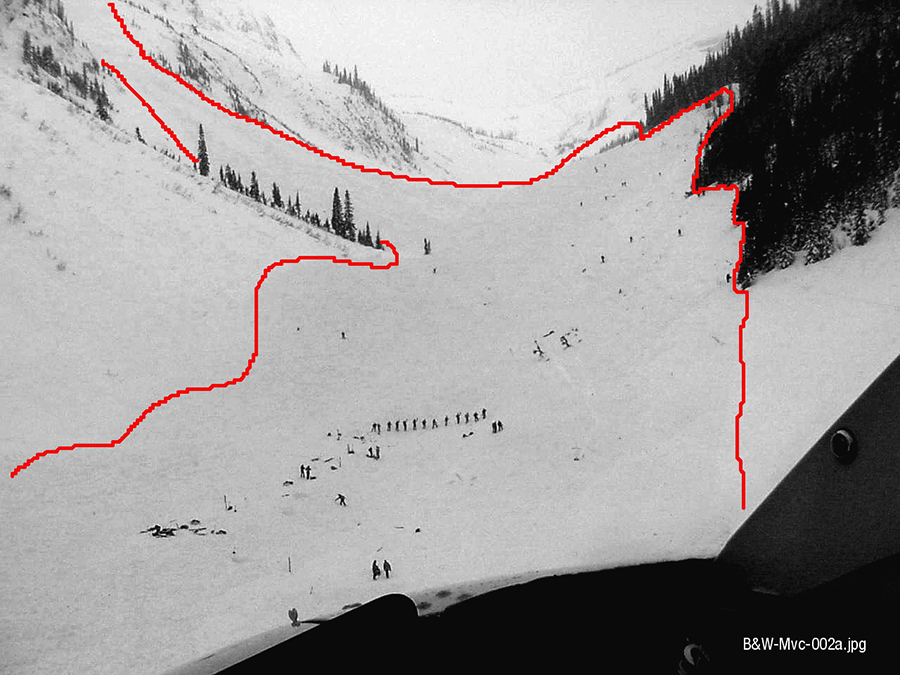 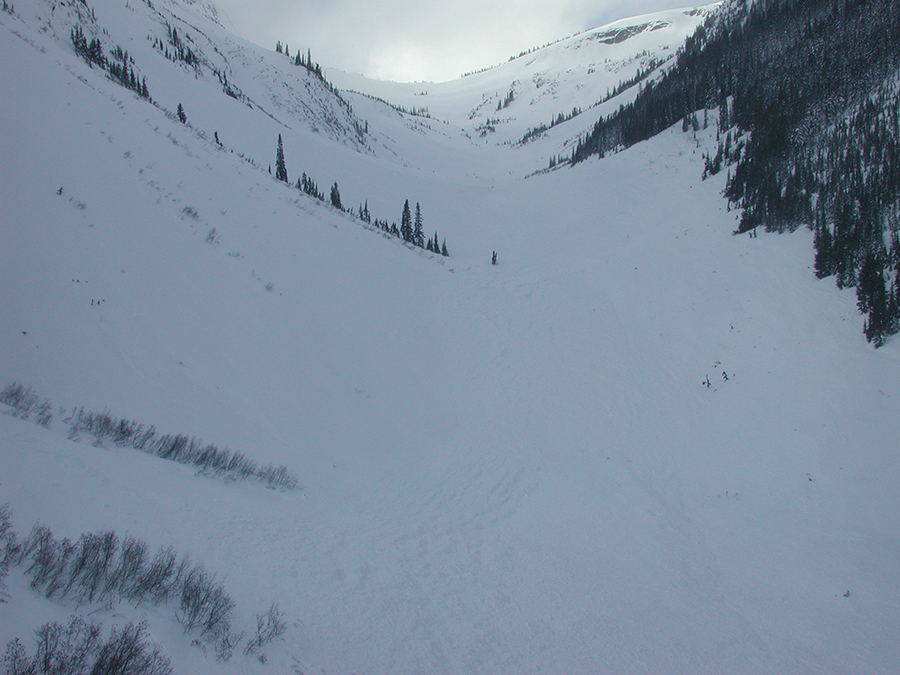 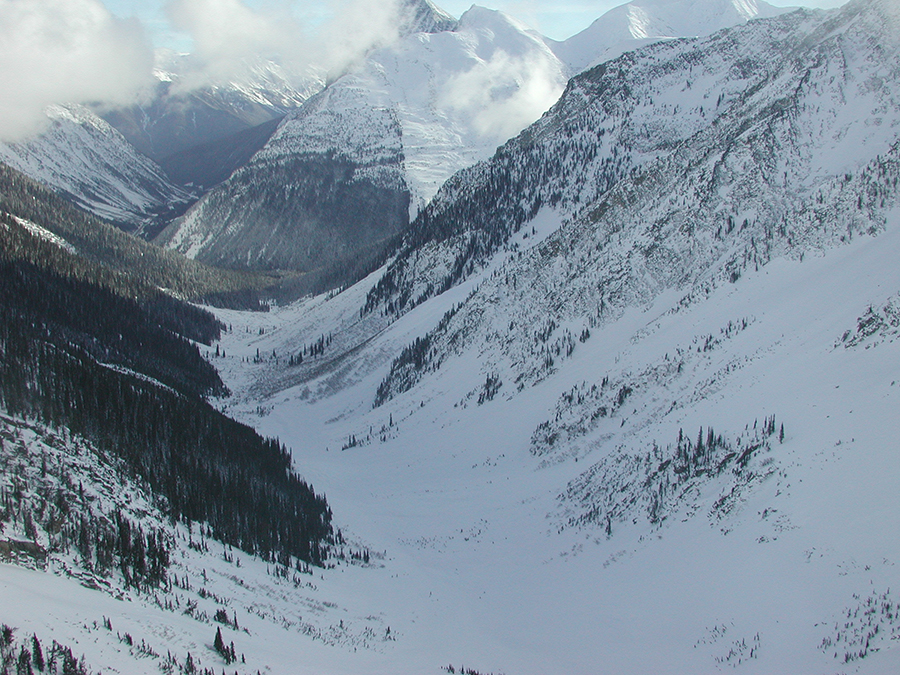 This video, probably taken with a GoPro camera, films the Everest avalanche while the filmer and his friends are buried and dig themselves out. The 2015 Everest avalanche killed 19 climbers most of whom were Sherpas, destroyed the climbing season, and raised difficult questions about Sherpa and Nepali work practices which expose Sherpas to great risk.

Ronnie Berlack and Bryce Astle, among the United States’ best chances for the next winter Olympics, died on January 5, 2015 in an avalanche in Austria while practicing with the US Ski Team Development Team. Six skiers took a chairlift to the top of 10,000 ft Gaislachkogl which surmounted an Austrian ski area the Team used for Winter Training. They started to ski down via a groomed cat-track that descended in large gentle loops. What they didn’t know or perhaps have top of mind was that in the Soelden ski resort as in much of Europe, skiing off-piste was skiing in uncontrolled avalanche terrain. 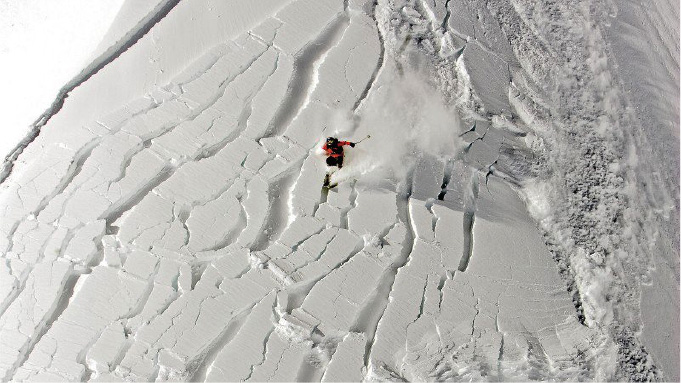 The boys were expert skiers. They saw a short cliffband that would give them thrills, let them catch some air. Cautious, they skied in pairs. Berlack and Astle were the second pair to head out. They, or the last pair above them, likely triggered the avalanche that swept down and engulfed them. The other skiers either managed to ski off the behemoth and out to safety, or were not in its path. 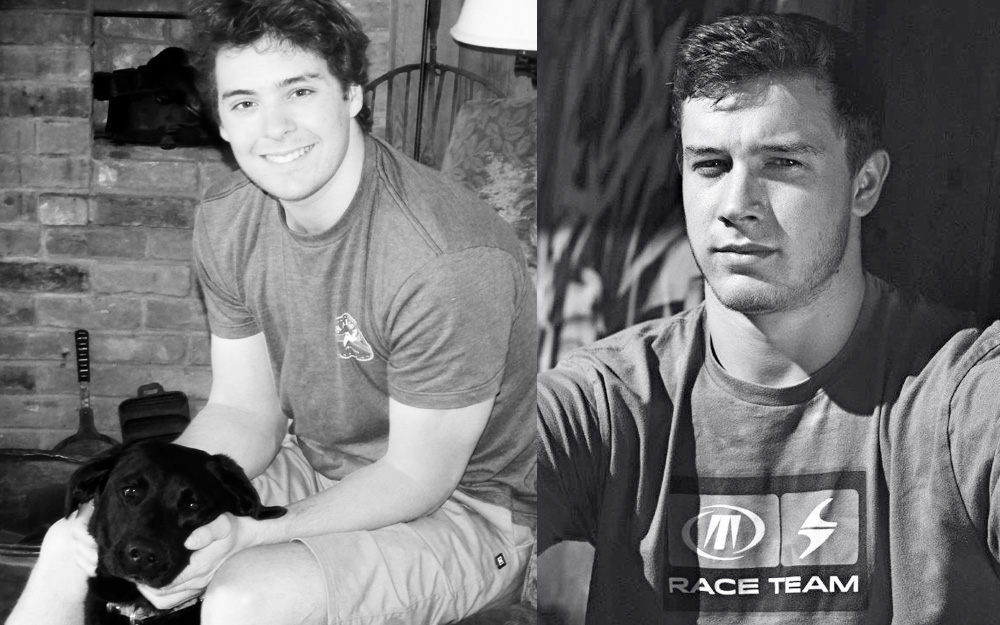 The avalanche thundered 1500 feet down the slope. The young men were buried deeply. Their teammates immediately started a rescue using their skis as probes. None of the teammates carried avalanche gear; Berlack and Astle were not wearing avalanche transceivers. Without this gear, it was a needle in a haystack search.

Avalanche awareness is crucial. If they had been snow-aware, perhaps Ronnie and Bryce would be winning races today. 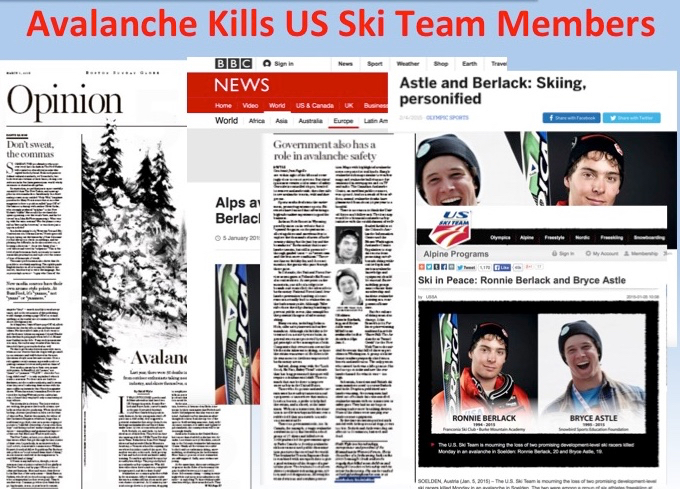 The Strathcona Tweedsmuir Avalanche in History

The 2003 Avalanche that buried the 17 person group from Calgary’s patrician Strathcona Tweedsmuir School (STS) and killed seven tenth graders was a defining event for modern Canada. It ignited an emotional firestorm across the nation, preying upon all parents’ worst nightmare and challenging Canadians’ fiercely protected backcountry birthright. 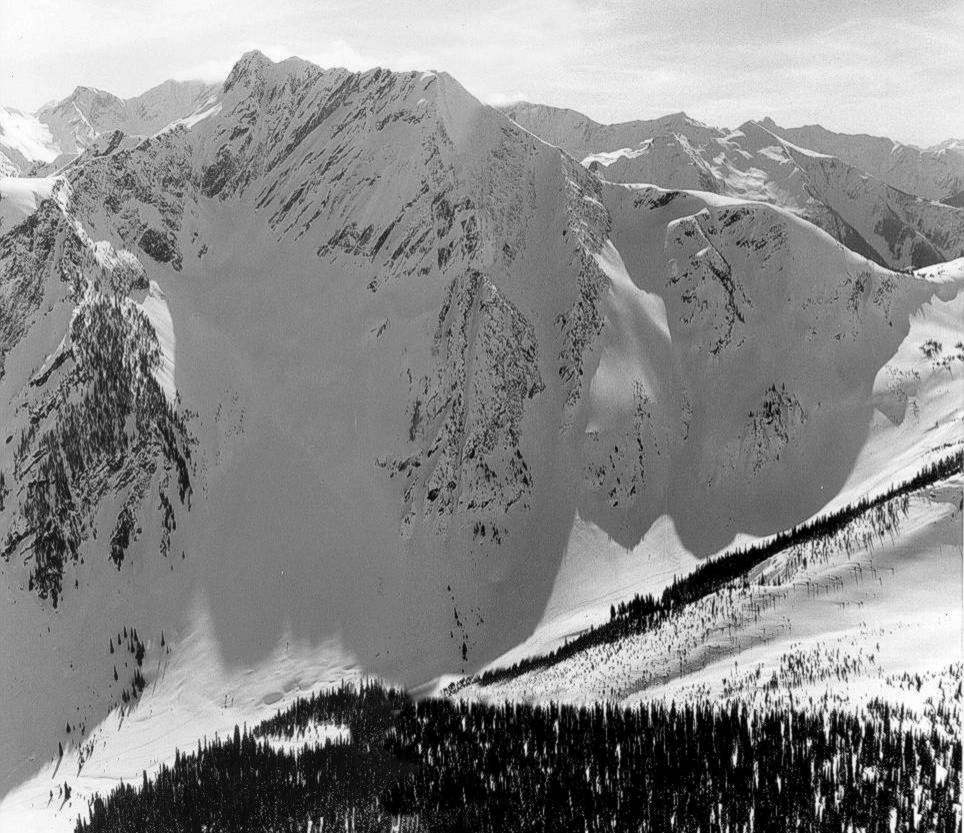 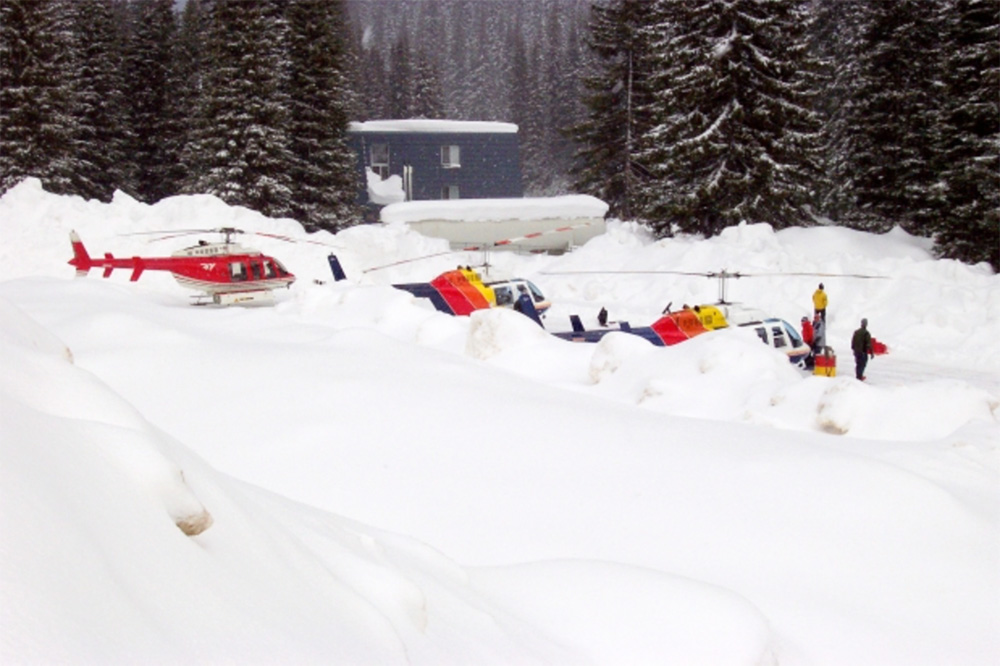 A national debate followed the tragedy, fueled by terror over children’s safety. Stakeholder groups with an interest in the backcountry: Parks Canada; Provincial Parks; the Provinces of Alberta and British Columbia; schools with Outdoor Education programs; commercial skiing, mountaineering, heli-skiing, cat-skiing and adventure companies; lodge and hotel owners; the Association for Canadian Mountain Guides; The Boy and Girl Scouts; and politicians from local to national levels, all got involved. Vancouver MP Hedy Fry called for the blanket closing of the backcountry when avalanche risk was high, and she and Vancouver MP Libby Davis called for a temporary moratorium on backcountry skiing in national parks. 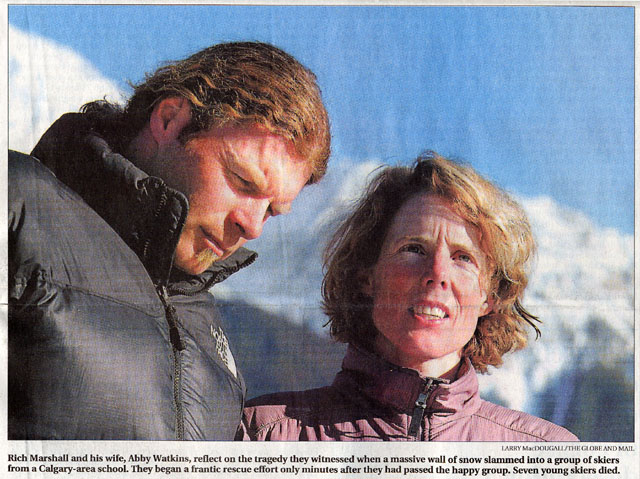 The rhetoric went on for months which became years, as officials, experts and families of dead children dissected the accident, covered voluminously in print and video by the media including The Globe and Mail, the Calgary Herald, the Vancouver Sun, Macleans, the CBC, news channels, the Discovery Channel, National Geographic, Outdoors magazine, and numerous Internet sites. Subsequent major milestones kept the tragedy alive: results of inquiries; publication of School, BC and Parks Canada reports; Parks Canada’s ongoing development of public avalanche technology; Regulation of Custodial Groups; the formation of the Canadian Avalanche Centre; and Outdoor Education restructuring. Public awareness and avalanche warnings have become mainstream in the mountain provinces, and every February 1, Strathcona Tweedsmuir School and Canada’s media remember the seven students. 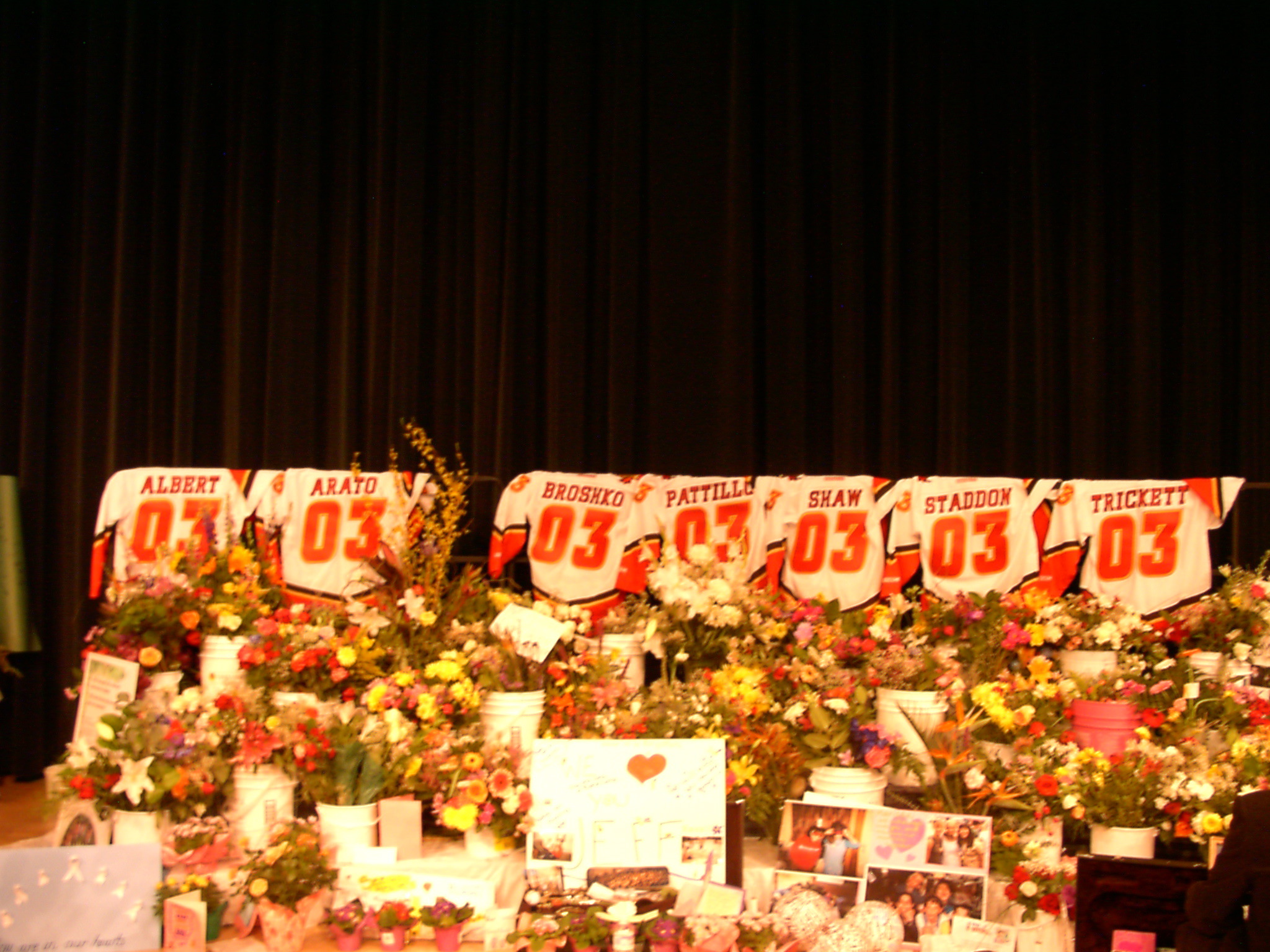 Courageous parents, Donna and Dave Broshko and Judith and Peter Arato in particular, chose to create good out of their unthinkable grief, in the desire to stop such a tragedy from happening again. They partnered with passionate professionals including Parks Canada CEO Alan Latourelle, Grant Statham, a senior mountain guide and Mountain Risk Specialist at Parks Canada, Eric Dafoe, Park Canada’s Public Safety Specialist who was the Rescue’s Incident Commander, Bruce McMahon, head of the Rogers Pass Avalanche Control Section, and Mountain Guides Clair Israelson and Ian Tomm, Directors of the Canadian Avalanche Center, to build a new backcountry winter safety structure for Canada.

Within two years Parks implemented a de novo safety structure that led the world. Latourelle envisioned his own two daughters deep in the snow and imagined radical change—“public” was the key. The mountain professionals had deep knowledge—the problem was the lack of a public connection. To Latourelle, thirty avalanche deaths annually was not acceptable. Impatient with the business-as-usual mindset of Parks Canada professionals, Latourelle reached into the guiding community and hired Statham whose experience, barreling energy and personal strength made history. Statham realized, “Terrain is key,” and implemented an Avalanche Terrain Exposure Scale that mapped all avalanche terrain in the national parks and assigned each area a rating. He and others developed The North American Danger Scale and an easy to use Red Light/Orange Light/Green Light avalanche safety evaluation tool for the public. Statham heard Peter Arato’s thundering “Never Again”. With mountain guide and Thompson River University Professor Ross Cloutier and others, Statham developed Custodial Groups regulation–commercial groups could no longer take minors into the most dangerous avalanche terrain in national parks and risk their lives. Spearheaded by grief, the new regulation was analyzed, designed, passed and implemented at lightning speed. 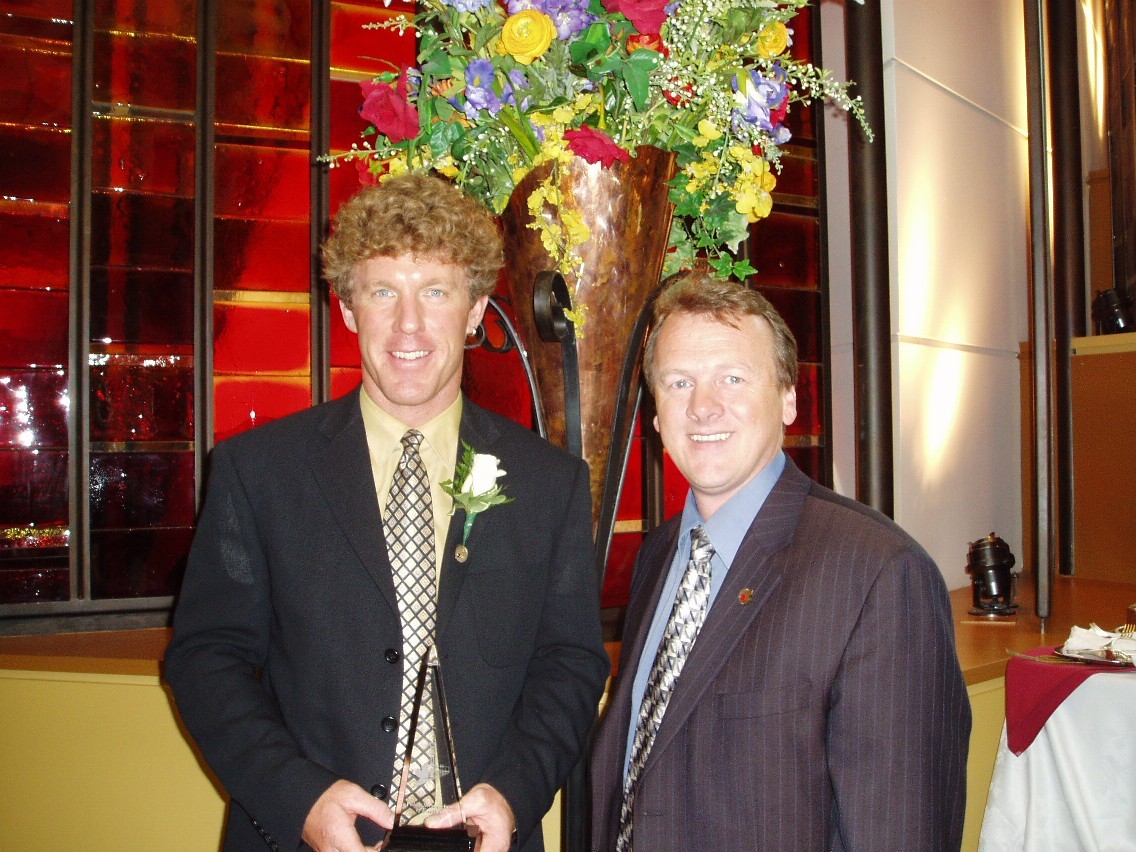 Twelve years post-tragedy, across Canada all organizations, public and private, commercial and not-for-profit, have brought on Risk Management staff and changed how they bring youth groups into avalanche terrain. Outdoor Education and Adventure trips have been canceled or revised. The country has changed. But most importantly, parents have a heightened awareness of the risks their children may be taking in the outdoors. Parents are paying attention–they don’t want it to happen to them. 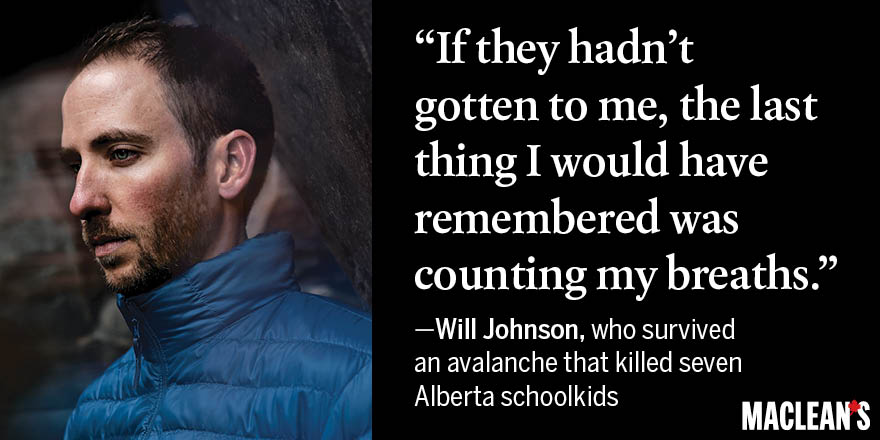